How do I know if my body is over-acidic?

Weight gain is a sure sign of being over acidic, as is water retention. As a protective mechanism, our bodies create fat to bind and hold acid residues away from our vital organs. This is why we pack on pounds just under the skin on our hips, thighs and stomachs. An acidic person can actually look puffy as the body retains water to dilute acids in the system. Edema and puffy bags under the eyes are typical acidic traits.
Skin conditions like acne, ruddiness, and blotchiness are also signs that over acidification in the body, causes acids to come to the surface. Even more serious conditions like eczema and psoriasis are manifestations of acids that take a strong hold and erupt through the skin which is sometimes called the “third kidney”, because of its filtering ability.
The body can also rob the skin of precious moistures leaving a person looking parched or dehydrated. Premature wrinkling and aging are more prevalent in people who choose an over acidic lifestyle. Many other serious symptoms can appear in the internal environment of our body’s rivers and streams. Eventually they can become sluggish and polluted.
If a person doesn’t make changes in their diet and lifestyle and they continue to bombard their systems with acidic foods and drinks, organs and tissues become affected.
Diagnoses such as diabetes, cancer, fibromyalgia, and CFS (chronic fatigue syndrome) are common. Acidic diets and lifestyles are so hard on the body that it’s like making an energy withdrawal from our body bank accounts instead of an energy deposit. We always come up with a deficit!
Otto Warburg, winner of the Nobel Peace Prize in Medicine in 1932, stated the following:
When the pH is wrong, oxygen falls, cells respire in an anaerobic environment by fermentation giving rise to increased acidity - cancer is a result of an ACID environment. - Otto Warburg, Nobel Prize in Medicine, 1932
The main thing to consider here is that everything we eat and drink affects the way we look, think, act, and feel. If a person chooses a highly acidic diet and lifestyle they set themselves up for proliferation of certain types of microbes which thrive in an acidic terrain. These are referred to as endotoxins and mycotoxins which have yeast and fungal base forms that can wreak havoc in our systems.
Many of you have experienced or heard of yeast infections. Sometimes they are re-occurring. Headaches can also be a signal that the brain is somehow connected to a toxic bowel. Just like our earth’s environmental pollution, this needs to be cleaned up in order to bring relief from inflammation and pain. General aches and pains such as in arthritis, bursitis, and even carpal tunnel syndrome involve acidic saturations of the blood, lymph, and affected tissues.
- kesäkuuta 04, 2010 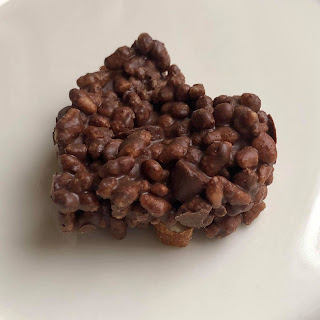